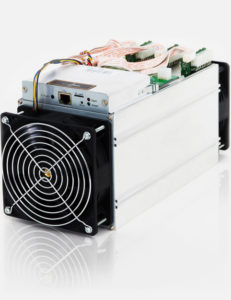 Many people remember the first chip that was built on a process node of 16nm: the BM1387 ASIC chip.

It was the very first of its kind, and while it was an exceptional accomplishment, it was just the first step, and cryptocurrency requires technology to move forward. This is where the new Antminer S9 comes into play as it owes a lot of its power to the BM1387 ASIC chip. At the moment, the Antminer S9 is considered one of the strongest bitcoin miners out there.

Most people interested in mining are probably eager to find out how powerful this miner is. Well, it seems to perform at a rate of 0.098 J/GHs, which is not too bad. This rate is high, compared to similar chips being sold to miners taking cryptocurrency seriously.

One reason this miner is so effective could be due to the technology that was used to be constructed by none other than Bitmain. This company has gone through a lot to ensure its name is linked to admirable work within the cryptocurrency world. The company was so committed to making sure their chips impressed that it incorporated TSMC 16nm FinFET architecture to complete its work.

It should be pointed out that the Antminer S9 houses 189 of these meticulously designed chips, which goes a long way in explaining why this miner is so powerful. Some miners may be nervous about how large the device might be if it packs so much power, but the device is no larger or heavier than a regular portable speaker, which is great news for traveling miners.

The Antminer S9 is just a step above the coveted Antminer S7. This device has three times the power, so it is definitely worth the investment, especially when the competition out there is taken into account. Some people may worry about how this device is able to control all this power, but those worries can be laid to rest since the device does use a Dual ARM Cortex-A9 processor to keep things under control.

Bitmain truly outdid itself by anticipating the needs of miners. It even used the Xilinx Zyng-7000 series FPGA to ensure the device is as fast as it could be.

As the internet continues to improve around the world, this device should be able to adapt effectively since it also comes with Gigabit capabilities. The engineers even considered the heat this device is going to create and addressed it. Users are going to be happy to know that the device comes with two cooling fans that’ll work with the heat.

The Antminer S9 for sale is standing on a league of its own and is probably going to be making a big splash in the mining world. There is definitely much more to learn about this device, like how the device is encased by premium aluminum to ensure its protection, but the other things that accompany the device can be discovered as its being used.