Altcoin Mining Facts 201-2022-2023 Is cryptocurrency mining still relevant in 2018?It is a well-known fact that crypto-currencies need miners for more than just creation of new coins. Without... 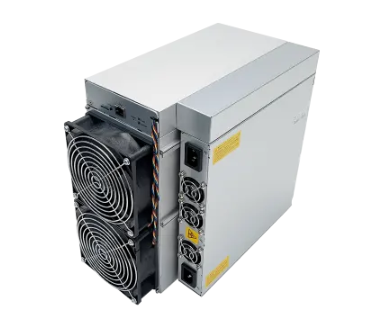 Is cryptocurrency mining still relevant in 2018?It is a well-known fact that crypto-currencies need miners for more than just creation of new coins. Without miners, transactions would not process, as the production of new coins and the processing of transactions are tied together in the mining process. For cryptocurrencies to remain strong and relevant, they need to entice people to run mining software. The following articles discuss topics related to mining cryptocurrency in 2018:

Verge: Balancing security and speed
Verge, formerly known as DogeCoinDark, is designed to provide good transactional performance while obscuring the identity of the parties involved in each transaction. It has experienced a dramatic price increase in the past year, from $0.000094 in April 2017 to $0.091 in April 2018. Leveraging a public and private ledger to provide consumers with the option to remain anonymous, you can use the TOR network for connecting your wallet to the Verge network and employ other security safeguards to remain anonymous.

Secure your cryptocurrency wallets to safeguard your investment

For anyone looking to get into mining in 2018, there are substantial risks. With the explosion of interest caused by the surge in value of even the most obscure cryptocurrencies (e.g. Verge), there are many people looking to get rich quick through mining and just as many people looking to fleece the “get rich quick” crowd. But mining is only half the equation. Mined currency needs to be stored in a wallet, and the wallet makes an easier target for hackers than mining. Practicing safe wallet management should be a key strategy for anyone involved in cryptocurrencies.

Solo Proof of Work (PoW) mining may not be profitable anymore, even with the newest and most powerful equipment.

Cryptocurrency miners have driven the price of computer hardware through the roof. Specifically, graphics cards, which are more efficient at mining than CPU, have seen a significant price increase. Both AMD and Nvidia have announced plans to release mining-specific cards in 2018. However, a switch from traditional, “proof of work” (PoW), mining model to the “proof of stake” (PoS) investing model may cause the demand for mining hardware to go back down to pre-cryptocurrency bubble numbers. The PoS model relies on cryptocurrency owners acquiring and holding coins and earning coins based on “staking” (investing) the coins instead of actively mining new coins. PoS investing uses significantly less electricity than PoW mining, which makes it more attractive to those living in areas where electricity is more expensive.

Litecoin, a long-standing cryptocurrency, has seen prices increase from $2.00 in April 2018 to over $400.00 in December 2018 and a corresponding increase in interest from people looking to get into cryptocurrency mining. Litecoin uses Scrypt as the mining algorithm (as opposed to Bitcoin’s AES-256) and was originally designed to be resistant to Application Specific Integrated Circuit (ASIC) mining. However, with the advent of Scrypt-based ASIC chips, it is no longer economically feasible to mine Litecoin with CPU or GPU.

It’s not all doom and gloom for CPU/GPU miners

While many of the common cryptocurrencies, such as Bitcoin and Litecoin, are no longer feasible to mine using common CPU and GPU, there are other cryptocurrencies which can still be mined using standard PC hardware. Many of these alt-coins use protocols specifically designed to be ASIC-resistant, to preserve the ability for the average person to mine them. Some of these alteranate coins are Etherium (ETH), Monero (XMR) and Electroneum (ETN). These coins have experienced increases in value over the past two years and are still able to be mined by the average person.

What’s the return on investment for new GPU miners?

With the early 2018 “crash” in cryptocurrency values and the recent rise in GPU and memory pricing, it is taking longer than ever to earn back the cost of investment in cryptocurrency mining hardware. However, earning the coins may still prove to be profitable in the long run. One user calculated he is earning a 12.53% ROI, recouping approximately $208 of a $1,661 investment in two months, not counting the cost of electricity.